DUBAI: There are few television franchises as mammoth in reach and longevity as “NCIS.” For nearly 20 years, the crime series, which follows the US’s naval criminal investigative team, has brought in tens of millions of viewers a week, with new franchises regularly blossoming across the country. Now, in Yasmine Al-Bustami, “NCIS” has its first Arab star—and she’s already inspiring young girls across the world.

“I’m always taken aback whenever I find out that I’ve reached people,” Al-Bustami tells Arab News. “I didn’t really think about the capacity for something like this show to reach people all over the world. Now, I’m seeing these responses all the time, I’m getting messages constantly. When I finally sit down, take some time to read them and take them in, it can be overwhelming. I see that people are taking notice, feel represented and feel seen, and suddenly I know for sure that I can contribute to that in some way. And I’m so grateful for the people who like it.”

Al-Bustami — who plays Agent Lucy Tara on “NCIS: Hawai’i,” the second season of which begins in September and will air on Starzplay in the Middle East — was born in Abu Dhabi to a Palestinian-Jordanian father and Filipina mother, but moved to Texas at a young age. There, she struggled to embrace her identity, surrounded by people who didn’t understand her heritage, and had never heard of the place on the other side of the world that she came from.

To fit in, she did what a lot of people in a position where there are no strong role models in pop culture to anchor their identity to — she buried her identity inside her.

“In Texas, I didn’t personally grow up with a bunch of Arabs around me. We had some Arab families that we knew that were in school with us, and they all kind of flocked together, once they find out that they were also Arabs. I would hang out with them, but (there weren’t) a lot, really. I tried very hard to fit in with the majority white folks at our school, and tried really hard to just fit in and just be a white person. Whatever that means,” Al-Bustami says.

That led to turmoil at home, as her Arab father worked to instill in his daughter the cultural and religious values that he held so dear, knowing that he was the only strong influence in her life that would do so. It was a mission she rebelled against.

“Whenever I would approach my dad with the things that I wanted to do, that my friends who were not Arab were doing, we would butt heads. He’s very big on culture, very old-school, and  would just not allow me to do some things. He was just trying to teach us about or faith and our culture,” Al-Bustami says.

When Al-Bustami went to her father to tell him she wanted to be an actor, he was against the idea, which pushed them even further apart.

“When I expressed to him that I wanted to act, that was something that became a point of contention between us — depending on the project and the role. Honestly, it still is sometimes. That all led me, at the beginning of my career, to not wanting to embrace my identity,” says Al-Bustami.

Ironically, even as she tried to escape who she was and where she came from, it was acting that brought her closer to her identity.

“It was only through storytelling and being thrown into stories where I was forced to embrace it because of how I look and because of the opportunities that were given to me,” she says.

But as she got to know other Arab actors, she also started to learn the boundless beauty that her heritage contained, and the amazing stories and true adversity that her colleagues had endured to get to where they are today.

“The roles I started playing were stories of Arabs and Arab-Americans being surrounded by other Arabs and Arab-Americans. The other actors were so proud, and they taught me so much as I heard their stories and their journeys. It was that motivation that I felt like I needed — that I didn’t have growing up. It pushed me to want to learn more. And thankfully, now I’ve built up a strong place in that community, especially in the acting world,” says Al-Bustami.

That love for who she was grew even stronger when she saw how much it meant to people, and when she witnessed what she could accomplish when she wasn’t trying to fit in with the majority, and instead embraced her differences.

“It’s been such a journey. I don’t think I’ve ever been prouder to be Arab,” she says. “I now understand how important representation is, and without the ups and downs I’ve been through, I don’t think I would have understood that to the depth that I do.

“It’s made me want to learn more about my heritage and my culture and just be more openly proud,” she continues. “I feel like I’m not doing it alone. I feel like there’s so many people who are also helping me do it. And it’s all Arabs, and Arab-Americans. All of that truly inspires me.”

Most importantly, she’s also learned about diversity within the Arab experience, and as representation increases in Hollywood, the world can see that being Arab means many different things, both in America and across the world. And that there are an endless number of stories to tell.

“The important thing is to make people open-minded, and stop them from being closed-off in terms of understanding the different kinds of stories that I think are important to tell in the Arab world and the Arab-American world. That’s helped me so much,’ says Al-Bustami.

On “NCIS: Hawaii,” Al-Bustami is pushing herself like never before. While her breakout roles in “The Originals” and “I Ship It” prepared her for the grind of weekly television, the stunts and physicality of her current role require intense training and choreography, something she’s worked hard at and is proud of what she’s accomplished, especially in the fight scenes.

More than anything, though, what she’s happiest about are the relationships she’s built on set, and the found family that has made her breakout moment something she can truly be proud of on every level.

“It makes such a big difference when you really enjoy the people. Thankfully, the people that I’m surrounded with every day are amazing. They make it super fulfilling in so many more ways than just work,” she says. “This is such an enjoyable experience for me, and I can’t wait to continue that, and keep trying to make the Arab community proud across the country, and world.” 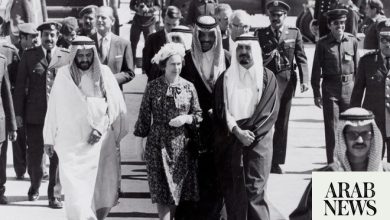 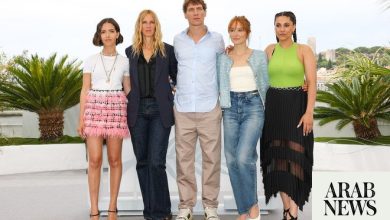 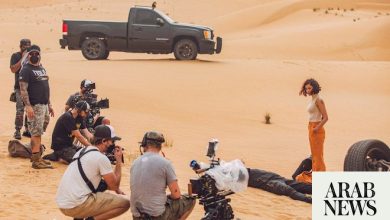 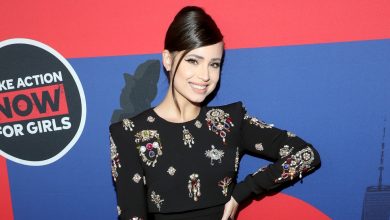