The quarter-finals of the King’s Cup took place on Monday with Al-Hilal, Al-Ittihad, Al-Shabab and Al-Feiha making it through into the last four. Here are five things we learned from the four games that all finished 2-1.

This is a harder-working Al-Hilal

Al-Hilal came from behind to defeat Al-Nassr 2-1 in what was a no-holds barred Riyadh Derby. The tackles were flying in from the first minute to the last and the biggest surprise was that both teams finished the game with 11 men, though the ref was busy with eight bookings. Hilal’s center-back Ali Al-Bulaihi was lucky to escape red before the break and had the Algerian referee sent the player off, it could all have been very different.

Both teams kept going until the end and the Asian champions showed their ability to beat their rivals in the big games, but it could have gone either way.  Odion Ighalo equalized Talisca’s opener with a thundering header on the hour. With 10 minutes remaining, Abdulelah Al-Amri seemed to push Salem Al-Dawsari over in the area and the referee pointed to the spot. There were fierce protests from the men in yellow.

Al-Hilal were just about the better team and it was noticeable how, under new coach Ramon Diaz, they worked harder than before in defending as a team, which started with the much-heralded attacking players getting involved.

Al-Nassr need to use anger to focus on the league

The nine-time champions exited the competition after a 2-1 defeat at the hands of Al-Hilal but were left furious at what they saw as poor refereeing decisions costing them the game. They have some reason to be aggrieved. Al-Bulaihi could have been sent off before the break, which would have left them one goal and one man up. Then the penalty was hugely debatable — it would have been given by some referees but not by others. But overall, Al-Hilal probably just about deserved to take the win.

If the loss adds to the pain felt after the semi-final defeat in the AFC Champions League last October, there is still hope for Al-Nassr. They meet Al-Hilal in the league just next week, and if they can repeat their win earlier this season then Al-Hilal’s title hopes will surely be almost over.

Whatever happens in the rest of the season, Al-Nassr ending the title defense of the champions and their rivals will be sweet indeed. The season is not yet over for the team with Talisca back and linking up well with Vincent Aboubakar and new signing Jonathan looking dangerous.

Last Thursday, Abderazzak Hamdallah scored in the second minute to give Al-Ittihad the lead against Al-Taawoun. In the cup, the Moroccan marksman scored in the 96th minute to seal a dramatic come-from-behind 2-1 victory against the same opposition.

It was hard on the Buraidah team — the King’s Cup winners in 2019 who beat Al-Ittihad in the final — who took the lead early in the second-half through Sumayhan Al-Nabit. That prompted Al-Ittihad to bring Romarinho off the bench and that changed the game. The Brazilian was involved with Abdulaziz Al-Bishi’s equalizer four minutes from time. Then, deep into stoppage time, the all-important penalty was awarded and Hamdallah showed his nerves of ice to convert from the spot and send the Tigers through to the next round.

Al-Ittihad on paper have the easiest of the semi-finals as they take on Al-Feiha, who beat Al-Batin in their quarter-final. Still, it remains to be seen what effect this competition will have on their league ambitions.

Al-Ittihad have not won the title since 2009 but are well clear at the summit. The chance of a league and cup double is attractive, but nobody will want the knockout competition distracting from the main event.

Al-Shabab defeated Al-Ahli 2-1 to move into the semi-finals for the first time in eight years. Last time, they went on to lift the trophy. Coincidentally, 2014 was also the last time that they defeated their local rivals Al-Hilal. This is a record that has to change in the semi-final in early April if they are going to reach the final and actually lift the first piece of silverware since that memory of success.

That 5-0 thrashing at the hands of Al-Hilal last week has almost ended Al-Shabab’s hopes of the league title, making the cup more important than ever. The departure of Odion Ighalo was a blow to the club, but Carlos Junior has been scoring consistently and picked up both goals in the game against Al-Ahli to take his total for the season to 12. There is nothing wrong with Al-Shabab’s spirit as they battled from the first minute to the last in an exciting cup tie.

Al-Ahli need to start building for next season

Al-Ahli were competitive in their 2-1 loss to Al-Shabab that ended their chances of silverware this season. Had Omar Al-Somah been a little sharper then things could have been different, but instead, the Jeddah giants now have to focus on a huge derby this weekend against Al-Ittihad.

This may be a blessing in disguise as a disappointing season starts to approach its climax. Al-Ahli are in mid-table but are not quite out of the relegation woods just yet. If teams below win games in hand then the gap will be just three points.

Still, the four-time champions have become increasingly hard to beat in recent weeks and are on a six game unbeaten run in the league. A couple of wins in the next few games will do the job and will enable the club to start thinking ahead for next season. Al-Ahli should be challenging for titles, not going into early March still worrying about relegation.

The future of coach Besnik Hasi is an obvious issue. The club have shown plenty of patience with Hasi despite results that have not been good enough. The recent improvement suggests that such patience could be rewarded. 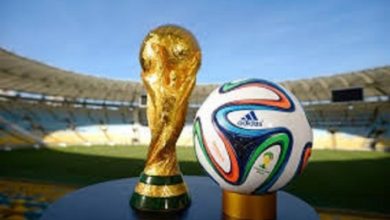 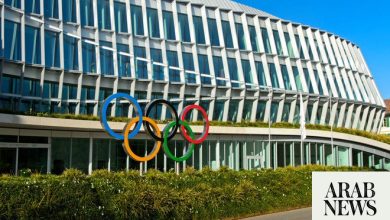 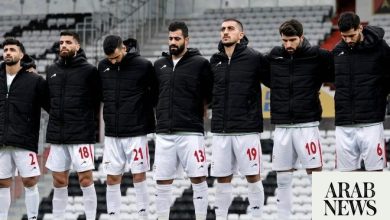 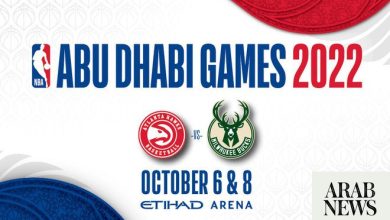