GELSENKIRCHEN, Germany: German soccer club Schalke expressed “great concern” on Tuesday over Moscow’s intervention in Ukraine amid scrutiny of the team’s long-standing sponsorship by Russian state-owned energy giant Gazprom.
“Schalke will monitor further developments, evaluate them and make a strong appeal for peace to protect those affected by the crisis,” the second-division club said in a statement.
Schalke, which was relegated from the Bundesliga last year, has had Gazprom as its main sponsor since 2007.
The team said Gazprom’s German subsidiary has been a “reliable partner” for 15 years while also being a gas supplier to Germany.
“Those responsible for the club are in constant dialogue with the long-standing main sponsor,” the Gelsenkirchen-based club said, stressing that it is “without question that the club is committed to peace and peaceful coexistence.” 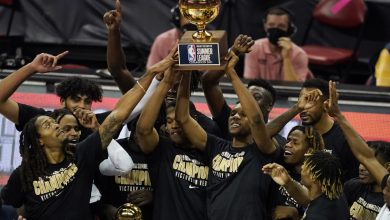 All eyes on Banchero, as NBA Summer League is set to open 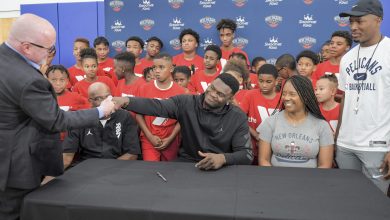