DUBAI: Received wisdom prior to last December’s Red Sea International Film Festival was that Murad Abu Eisheh’s “Tala’vision” had won every award it had been nominated for. Sure enough, it went on to claim the very first Red Sea Golden Yusr for best short film and a handsome cash prize of $25,000.

It’s been a rollercoaster ride for the young Jordanian filmmaker. “Tala’vision” won the Student Academy Award for best narrative film last October, making it the first Arab film to win such an accolade. It was then shortlisted for the Oscars but failed to secure a nomination in early February. Nevertheless, 21 awards from 24 festivals is not to be scoffed at, with the film winning the hearts of audiences and jurors across the world.

“I think the unique thing about ‘Tala’vision’ is the approach to the film and the narrative,” says Abu Eisheh, who was born and raised in Amman. “Because it takes on conflict through a little girl’s perspective and you don’t really understand where you are. It’s stepping away from the politics of war or the politics of the Middle East and — through the lens of innocence — looking at this little girl’s world.”

The 27-minute film tells the story of eight-year-old Tala, who is not allowed to go outside because fighting may erupt at any time. Her only connection to the world is through her television set, which her father throws out of the window one day in compliance with a new TV ban. Overtaken by fear and boredom, she decides to steal a TV and hide it. This turns out to be a small but hugely significant decision that will change the course of her life.

“Tala’vision” is Abu Eisheh’s fourth short film. His fifth, “A Calling From The Desert To The Sea,” is currently in post-production and is expected to be finished by July. The film, which experiments with visual effects and is supported by Germany’s Filmakademie Baden-Württemberg, tells the story of two sisters who run away from their father when the youngest has her first period.

“The older sister lies to her younger sister, telling her there is a sea beyond the mountains and they need to go and swim there because she’s a woman now,” explains Abu Eisheh. “It plays a lot on psychology, and the creature we’ve created using visual effects is a monster that the father warned the little daughter about, but it’s all in her mind.”

Funnily enough, the success of “Tala’vision” helped to secure the final slice of funding needed for his new film. “When we won the Student Academy Award we were already shooting on set and were in the middle of the desert,” he remembers. “I had to shoot 12 or 13 hours a day, go back to the nearest village to get internet connection, spend three or four hours doing press interviews, and then try and sleep. This went on for five days. But a couple of days after the academy nomination the financing for this film was locked. There was suddenly so much trust. They were like, ‘OK, take the money you want to take, do whatever you want to do.’ And I was like, ‘OK. Wow!’”

Through his work, Abu Eisheh has sought to highlight injustice or to pose critical questions related to the socio-political realities of the region. He believes it is important for young filmmakers such as himself to speak out and to make bold decisions.

“Change doesn’t come easy. With every film, with every idea you present, you’re pushing the boundary a little bit and over time things will change,” he says. “Critical topics — for me at least — have more priority in our region, and it’s quite important that every filmmaker or storyteller or artist in the region tries to push the boundary, even if it’s just an inch.”

“A Calling From The Desert To The Sea” is likely to be his last short film “for now,” he says. A feature film based on true events in the Arab world is in the early stages of development, although it will be a few years before it’s brought to life.

“I try to use the time I have on this Earth,” says Abu Eisheh, who is due to graduate from Filmakademie Baden-Württemberg next year. “I mean, I feel like nothing worthwhile is easy to get and you just have to keep punching the wall, because no one’s going to give you what you want. And I think I’m just in this period in my life where I’m just hammering my way through.” 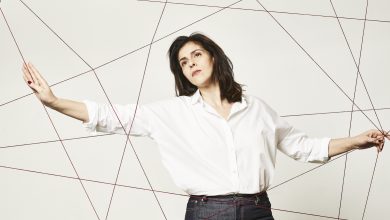 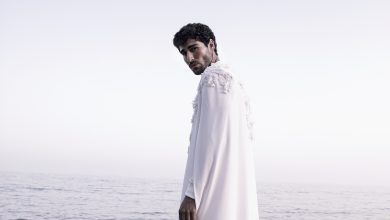 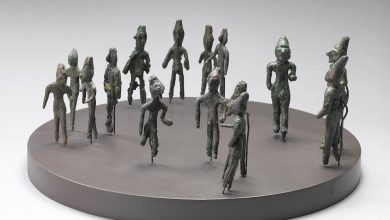