RIYADH: WWE icon and legend The Undertaker is set to be inducted into the WWE Hall of Fame on April 1 at American Airlines Center in Dallas as part of WrestleMania Week, in a ceremony that will be streamed live globally.

The Undertaker is one of the most popular superstars in the history of WWE and a pop culture icon, having made his WWE debut at the 1990 Survivor Series.

The man who established the moniker “The Phenom” went on to hold nearly every major championship in WWE, and has competed in some of its most memorable matches over his illustrious 30-year career.

A year into his wrestling journey, he defeated the legendary Hulk Hogan to win his first (what was then) WWF Championship at the 1991 Survivor Series, and became the youngest ever champion.

The Undertaker has established a historic 21-year undefeated streak at WrestleMania that is yet to be broken.

Throughout his career, he was involved in many first-of-a-kind matches, a notable one being against Mankind in the first ever Boiler Room Brawl at SummerSlam 1996.

The Undertaker took his rivalry with Mankind to a new level with another unprecedented specialty match with the main event of In Your House: Buried Alive.

At the Band Blood event in 1997, The Undertaker challenged Shawn Michaels to a first-ever Hell in a Cell match, which would become a mainstay for WWE.

The Undertaker and Mankind’s macabre feud was revived in 1998, taken to a new graphic height and decisively resolved when they faced each other in a Hell in a Cell match at King of the Ring.

The match became one of the most famous in professional wrestling history when The Undertaker threw Mankind off the roof of the 4.9-meter cell onto a broadcast table below.

In the 2004 installation of No Mercy, The Undertaker and John Bradshaw Layefeld competed in the first-ever Last Ride match.

“The Deadman” was also part of many theatrical moments in the WWE history books. At the 2005 Survivor Series, druids delivered a casket that was struck by lightning and went up in flames.

The Undertaker then burst from the flaming casket in a rage and brutalized an entire ring full of superstars as a message to his next victim Randy Orton.

In 2011, promotional videos aired showing The Undertaker entering and standing in a Western-style old house on a rainy desert. Each promo ended with the date 2–21–11 being “burned into” the screen.

On that year’s Feb. 21 edition of Raw, The Undertaker returned. But before he could speak, Triple H also returned and confronted him to a challenge at WrestleMania XXVII, which was later made under no-holds-barred rules. The Undertaker won, but he had to be carried away from the ring on a stretcher.

In 2020, he was featured in the WWE Network docuseries “Undertaker: The Last Ride,” which was a hit with fans and critics, and made his final farewell at Survivor Series.

The Undertaker continues to make appearances outside the ring, most recently in Netflix’s “Escape The Undertaker.” 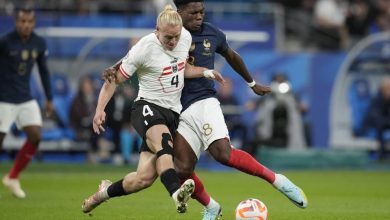 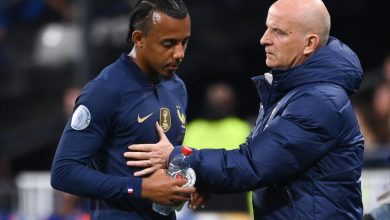